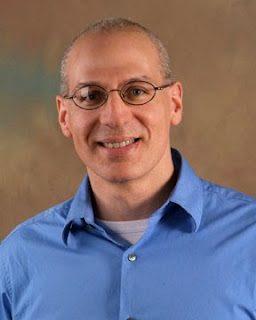 These are my notes from Gordon Korman's keynote speech at the SCBWI LA Summer Conference, 2010. Apologies for their brevity - I think I was too busy laughing!

Canadian author. Has 70 titles. '39 Clues' is a collaboration between 7 authors. GK is the author of books 2 and 8. Started writing at age 12. Was mentored by Paula Danziger.

Humour doesn't get a lot of respect – ie awards, accolades. Korman asks: 'Why don't we teach humour in school? What skill do you use more – humour or recognising foreshadow?' :)

Luck can be important. In middle school Korman wrote “This Can't Be Happening at McDonald Hall.” It was 1976. The Track and Field teacher was standing in as his English teacher and allowed him to work on anything he wanted for four months. GK decided to send it to Scholastic, seeing as he was in charge of the book orders at school, and therefore practically an employee (!) It was published some months later.

“Swindle” was created as a kids' version of Oceans 11. Cool. Stealing something back. The 'team' had their specialties eg. Climber, Dog Whisperer, Blowtorch specialist.

Sometimes you have a great idea but can't make it work - just have to let it go.

Once he was asked about a humorous book he wrote. The adult asked, perplexed: “What exactly is the message in your book?” He answered “Uh, I guess my message is … lighten up.” He believes it is possible to inject some humour into almost every situation.

Picture a bored, disaffected 11 year old. Picture him saying “Do I care about this?” This should tell you whether or not you're on the right track for your middle grade novel.

I love Gordon Korman's stuff, especially his early work. I wanted to be Bugs Potter!!