Jon Scieszka & Mac Barnett - What is Going on with Boys and Reading? 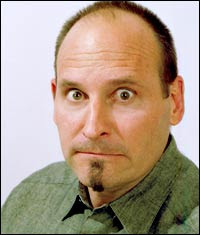 Jon Scieszka – number 2 of 5 brothers. Taught for 10 years in New York. Former Ambassador for Young People's Literature. Masters in Fiction. Vice President of Guys Read. www.guysread.com. He has two children – a son who is very much into hockey, and a daughter who he says is a typical high-achiever. 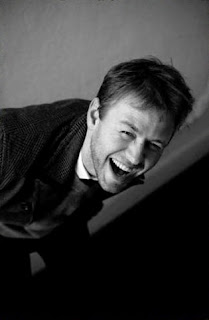 Mac Barnett Mac has had three picture books published in the last year, with five more to be released over the next few years.

Jon and Mac write out of their own experience. They have a natural connection with what boys like. It is not all about underwear and fart jokes.

Teaching is very much feminised today – the vast majority of teachers are female. This leads to boys feeling that they are in a 'girl world' at school. Sometimes this is the case at home, too.

Schools tend not to be boy-friendly. Reading is attached to sitting down and being quiet – not innately boy-oriented activities.

Magazines, comics, and wrestling websites are all valid forms of 'reading'. Supply guys with stuff they want to read. Expand your definition of reading to include audio books, magazines, newspapers, comics, cartoons etc.

826LA – centres where boys can be supported in writing after school. “826 National” is a not-for-profit organisation. Jon S is on the board for the Brooklyn store.

Academically, boys are achieving at lower rates than girls. This is a sociological and a biological issue.

Provide a balance of books, TV, games etc. rather than banning any one medium in favour of books. One form is not inherently better than another.

Boys tend to fall-off around 4th grade. This is the time when they are often emotionally rejecting their mother. Their teacher is often also female, and can be seen as another 'mother figure' to reject. Boys need more male role models - especially role models who are seen to enjoy reading.

Write for the biggest range of children that you can. Don't set out to write for boys, write from your experiences. About 80% of guy authors write for guys. Kate DiCamillo – a female author who writes well for boys. There is a stigma about women writing for guys. However, JR Tolkien and HI Larry are successful. The cover tends to be more important than the name of the author with regards to children picking up the book.

During 2nd - 5th grade, series are popular. Children feel a sense of accomplishment, having read the whole set. They are comforted in knowing there's another book at exactly the same level.

“Guys Write for Guys Read” - Volume 1 is all about humour.

Use swear words. Need to make sure that literature is reflecting what goes on emotionally for boys. In the book “My Parents Gave My Bedroom to a Biker” by Paul Feig - the term 'skid marks' (ie – in the toilet) was censored out. Sad, because it was humorous. Publishers out of touch. Books may not accurately reflect what's going on.

More artwork is being included in middle grades novels. Sometimes there is a push from parents to get their kids reading 'proper novels' without illustrations – something to brag about. This is a shame because illustrations can make stories easier to digest.

Don't demonise video games. There are certain things that are fascinating to boys (eg. exploding heads in video games). Yes, they may need to see this, but it's not the only thing they need to see.